I'm doing a virtual workshop this week, the subject of which is  Mandalas. I have never done a virtual workshop before and am really enjoying it. It is lovely being able to pick the time and the place to do it. It is very interesting discovering some of the meanings behind Mandalas and also to find it includes such simple things as drawing a circle round and round and round. I was interested to hear Julie had been on a Mandala course at the Samye Ling Tibetan Centre as I visited it myself recently. It is literally just up the road from the village where my sister lives. It is an amazing place and such an unexpected sight to come across on a little road in the Scottish countryside. 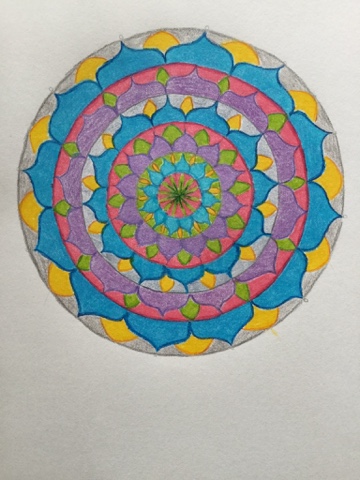 Of course we went on to more complicated things and the first Mandala we were tasked with drawing was a Lotus Mandala. Again it was very simple to draw, but it looks so intricate. Julie explained very clearly how to construct them in the video. I drew it as instructed and coloured it in with coloured pencils over the top of coloured markers. I didn't quite like the finish, the colour didn't seem quite right (as in the first photo) so I added an extra circle around the outside edge and was much more pleased with it. (Second photo) 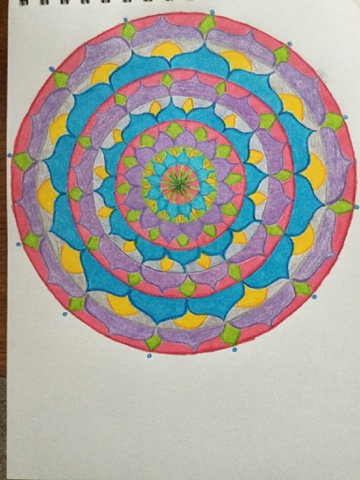 On the third day we were tasked with drawing a concentric circle Mandala then fill it in. I used a lavender coloured marker, my favourite colour, then took a photo as instructed. (first photo) I coloured it a little, but didn't feel the need to colour it as much as the one in the demonstration. (Second photo) 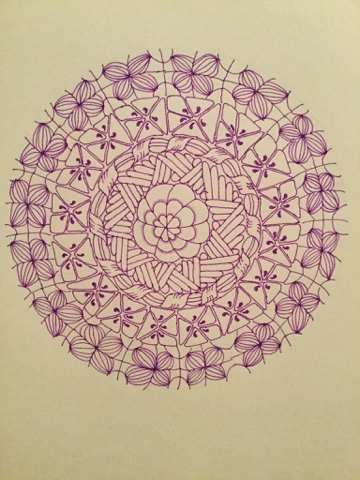 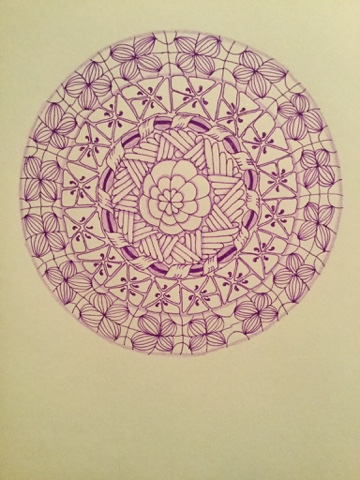 Posted by The Yorkshire Tortoise at 21:13