I am sure many of us have already been trying out Waybop, the new tangle from Maria and Rick. You can see my previous efforts in the other post here.

Not surprisingly The Diva has also been busy with this and has set it as the challenge this week. This is the one I drew for the challenge, Waybop in Orange and Black :-) 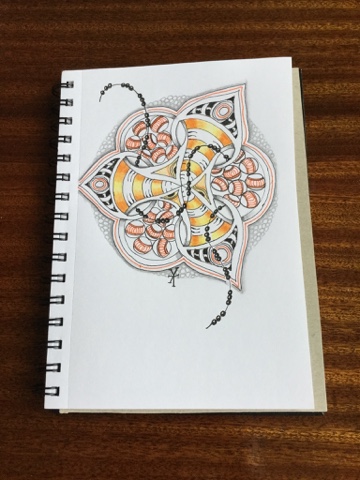 Posted by The Yorkshire Tortoise at 12:40 22 comments:

I don't want to speak too soon, but the winter here is very mild this year. The snowdrops have come and gone already, the daffodils are out and other bulbs sprouting. It is far too soon for them, I do hope we don't get any frost or snow to kill them off. 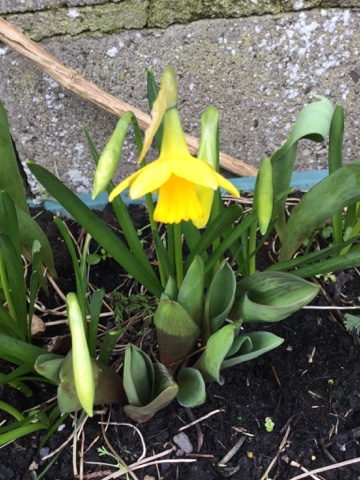 We have another new tangle from the Mother Ship itself - Waybop. I have had several attempts at it. I started out following the basic step-out on an original Zentangle® tile:- 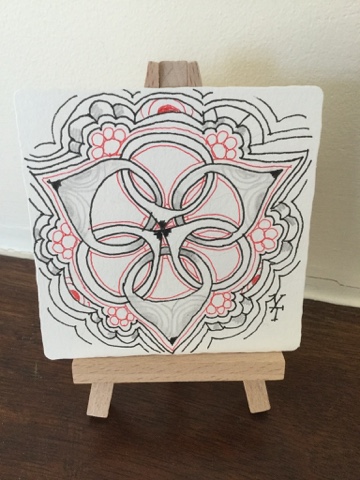 Next I followed the Waybop video, with Maria showing us the way and Rick commenting. The video is available on the Zentangle® Mosaic app. I took one photo, then realised there was more that could be done. I have posted both here as I am unsure which one I prefer. 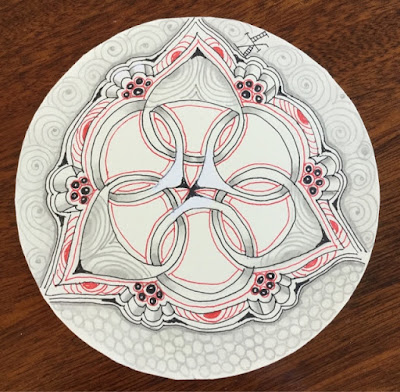 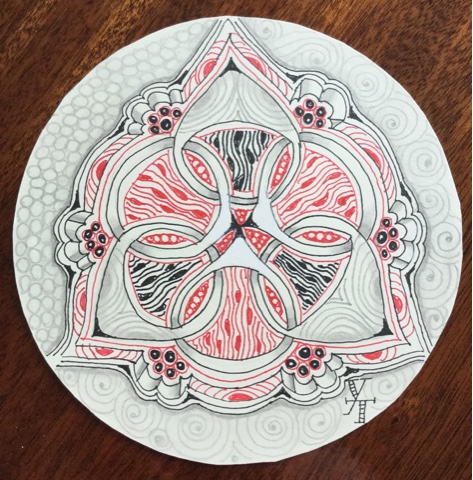 Finally I did a Waybop tile of my own design. The Mooka tangle which I drew in green reminded me of the snowdrops I spoke of earlier. Again two photo's as I added more to it and then slightly regretted it as I think I prefer the original. 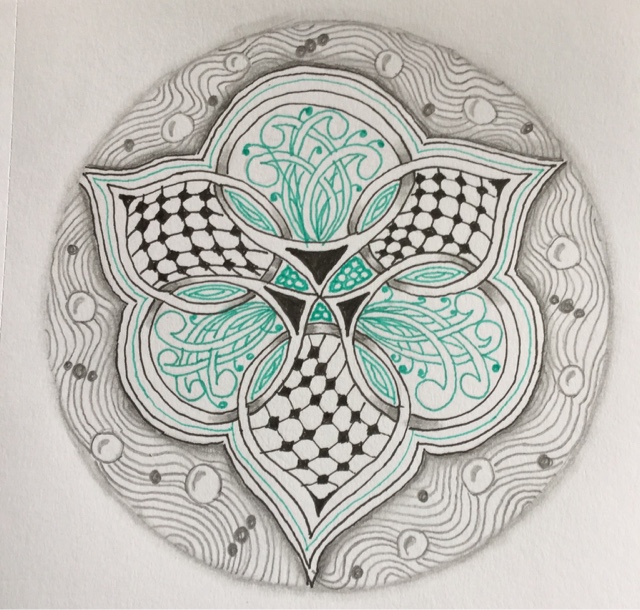 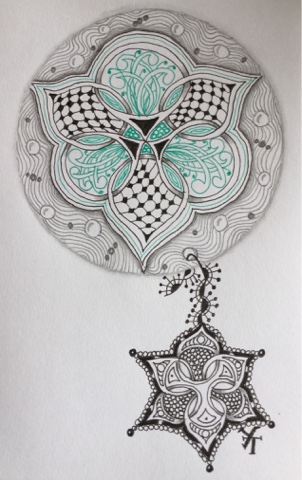 Posted by The Yorkshire Tortoise at 12:57 2 comments: