I was feeling very spring like with this warmer weather and it must have influenced my tangling as this was a zendala I did in my journal this week. 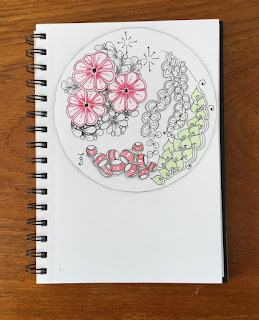 It’s a String Thing #285 instructed us to tangle a dingsplatz and this is the tile I created for that. 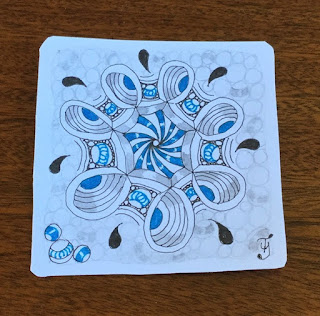 I used the string and tangles from this week’s ‘Today’s Tangles: Keeping it Classic ’ Challenge to create this tile. 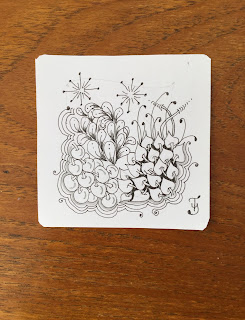 Posted by The Yorkshire Tortoise at 22:40 No comments:

I have really gone mad with Jody Genovese’s Tunnel Vizion, I so enjoy drawing it. It all started with a bijou tile, I just love the escape artists in them. 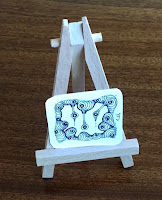 Next I moved on to a full sized tile with the escapists reaching for the stars. 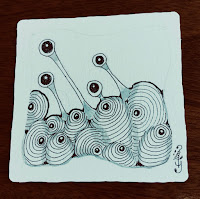 Lastly I indulged myself with a full page monotangle stack of Tunnel Vizion. I had seen a monotangle tile I really liked drawn by TrudiCZT and asked to use it as a basis for my tunnel vizion stack. I copied it into the bottom small zendala and then found different ways to tangle tunnel vizion into the other areas in the stack. This was the result - I think I have got it out of my system now! 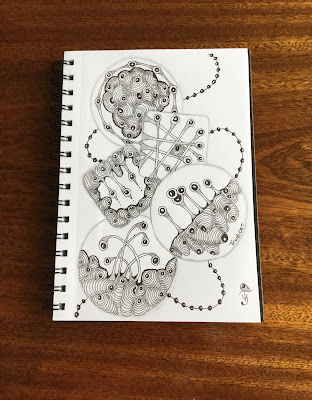 Posted by The Yorkshire Tortoise at 22:38 No comments:

I have finished catching up with the Zendala Moments with template no.2. Now I can sort of say that I have done them all from the beginning. I wasn’t sure whether I wanted to fill the centre with black or whether that would spoil it so I took a photo of it unfilled and that is the one I have added to the Zendala blog links. I then went on and coloured in the centre with black and you can see them both here and decide for yourself which you prefer. I still can’t really decide myself, possibly the black one gives more definition to the diamonds around it. This is the first time I have used Jody Genovese’s Tunnel Vizion and I found it to be a really fun tangle to do. 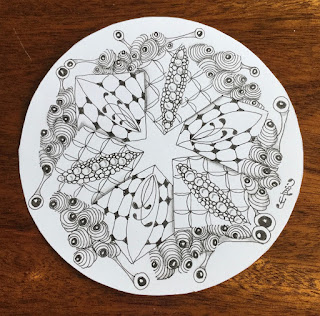 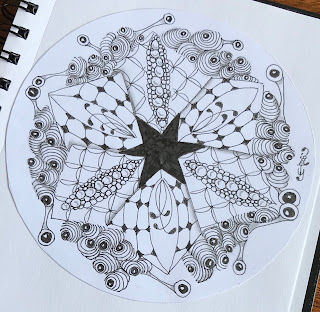 Posted by The Yorkshire Tortoise at 12:44 No comments:

Now that I have found Zendala Moments I am getting carried away and I have immediately tangled  Template no.1 in order to catch up. As this template was actually posted way back in January I didn’t feel I was cheating by incorporating it into a Zendala Duo I started the other day when we were introduced to new tangle Well Well Who, deconstructed by Zentangle.com. I had already tangled Well Well Who into the smaller Zendala so I put the Zendala Moments #1 template into the larger one above.

Here is the result, with the template we were given just below so you can compare. 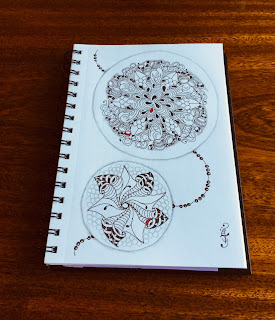 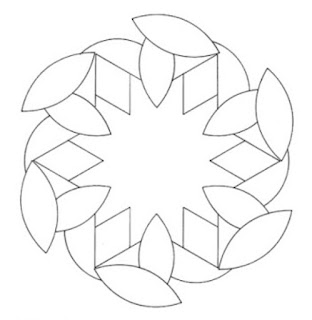 I had taken a break from the various tangle challenges for a couple of years, but they seem to have recently caught my interest again. Following the links I had kept I discovered that several have now disappeared. Amongst those I was sad to see that Erin Olsen’s  “Zendala Dare” has finished. So you can imagine how pleased I was to find Lonetta has taken up the mantle with her Zendala Moments. This is the third month the challenge has been issued so I have entered this month and hope to perhaps catch up with the previous two before the April template is issued.

Lonetta’s example is so lovely that is was hard to decide which Tangles to use but here is the one I have tangled using March’s template:- 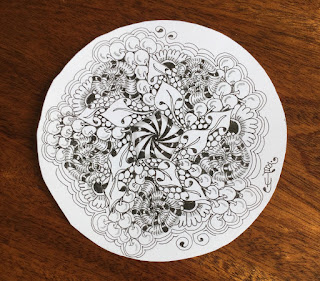 Posted by The Yorkshire Tortoise at 11:47 4 comments:

More tangles is lesson 6 in the primer. As I am revisiting the primer I have of course used these tangles before, but it is fun to do the excercises again. 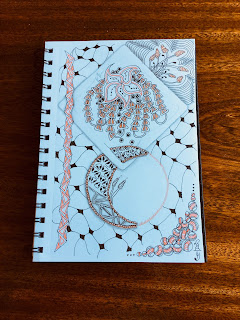 Everyone here in Ireland is getting ready for Paddy’s Day on Sunday and hoping for sunshine. When people think of a colour for Ireland they usually think of Green, however the national colour of Ireland always used to be Blue - St. Patrick's Blue. In fact it is still the background colour for the Irish Presidential Flag as seen here:-

The string this week in the 'It's A String Thing' Challenge celebrates St Patrick's Day by using a string shaped like a mitre. I coloured the mitre shape in the green, white and orange of the Irish flag but coloured the bump in the Bumpadox in St Patrick's Blue. 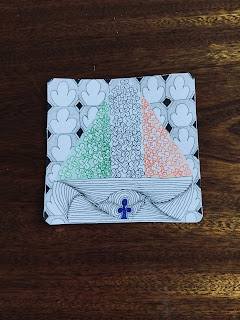 Posted by The Yorkshire Tortoise at 17:50 No comments:

Friday’s Fragment this week was S3 and the Reticula chosen was C3 from the Zentangle Primer vol.1. At first it was hard to think of any way to tangle it other than the square demonstrated in the challenge. Then I thought I would separate the Fragment from the Reticula for part if it and I ended up with this quite simple tile which looked like the free Friday Fragments falling into the recticular. 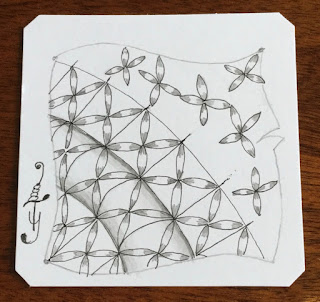 Not feeling very satisfied with that, the next day I incorporated the Fragments and Recticular into my Primer Lesson - String Theory - where the excercise was to tangle across the borders and String. I chose the snail string from the bottom right hand side of the selection but I am not sure how effective I was in amalgamating parts of the string. I did however wander over the border as instructed. As the tangle was snail shaped I felt a certain satisfaction from winding Zentangle’s tangle ‘Centipede’ around the tiles drawn in my journal. 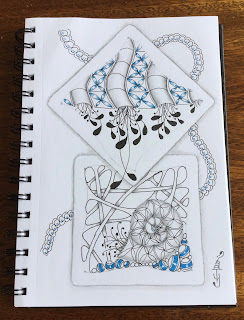 I have also revisited Chapter One from the Primer this week and enjoyed tangling this in my journal using several versions of the first four tangles taught in that :- Crescent Moon, Florz, Hollibaugh and Pristemps. It is fun to revert to the basic tangles sometimes. I use them often, but not exclusively as in this version. 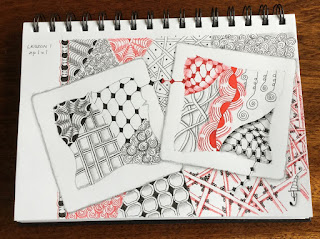 Posted by The Yorkshire Tortoise at 06:06 No comments: