A New Hobby is Great/Sad

It is great to have a new hobby, but it often means that it is all consuming and older hobbies get put to one side which is sad. One of my other hobbies is cross-stitching, although I haven't done any for weeks now.

It has crossed my mind that tangling could be done in sewing. I was particularly thinking that Blackwork is like tangling. This last week I thought it would be nice if I could somehow marry up the two hobbies..

My favourite cross-stitch charts were made by Lavender and Lace. You may know of them or even used them yourself. The one I love the most is this one called Guardian Angel:-

I am not a religious person, in fact rather the opposite, but I just loved the thought of a Goddess or Guardian Angel holding the world in her hands like this. I took the photo of it, then traced an outline around it and transferred it to my sketch book like so:- 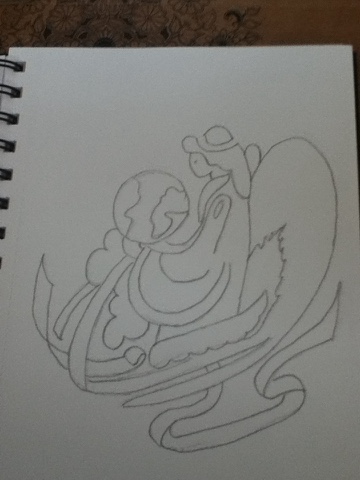 I then set about tangling it and this was the result. I was quite pleased for a first attempt and hope to refine it as I attempt more of them. 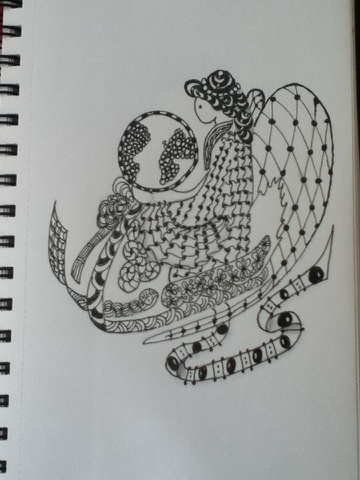 Now to the Diva Challenge this week. I was thrilled to see it is Holly Atwater this week and her audio meditations. I actually discovered them about four weeks after I first found this hobby and thought they were marvellous. They focus more on the meditative side of the Zentangle® Method which was marvellous for me as I have no access to a CZT at the moment. (Spoiler alert for no.3 if you click on the link in the following sentence) You can read my post about it here, I think I said most of what I thought in that post. I am really looking forward to further mediations when Holly's life calms down a bit.

I did all three meditations at the time, but I redid the first one again today. As I had done them previously I also did the Betweed challenge and included a different version of the Tripoli tangle pattern we were taught in the meditation. Here are the two results:- 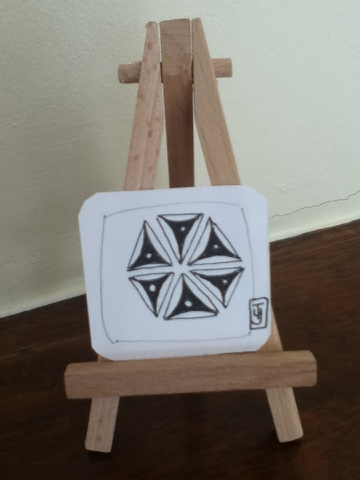 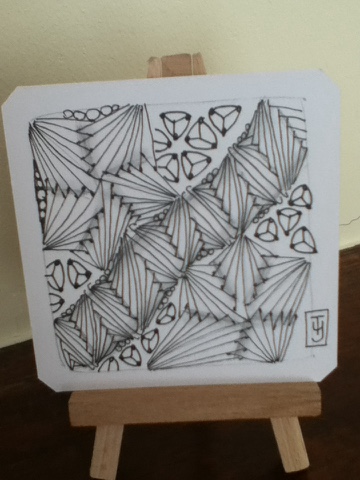 Posted by The Yorkshire Tortoise at 18:51