WooHoo, we get to join in with some of the fun that went on at CanTangle during the summer. it must have been such fun there, and to be able to meet up with other people who love Tangling must be awesome.

Anyway this week The Diva has challenged us to use a tangle which was created there at CanTangle. The tangle was created by Chris Titus and it is called CanT. I don't think there is anything you can't do with this tangle. Many, many variations were shown in the step out. Choice, choices, choices, which to do? After looking at all those no way could I think up anything new, but I knew I didn't just want to draw just one. In the end I drew four tiles in my sketch book and chose a different variation for each of them. Like the Diva, I too like to wobble grid tangles and so in the last tile I did a wavy grid. As it turned out it I could have drawn bigger waves, but at least it was different to the other three. 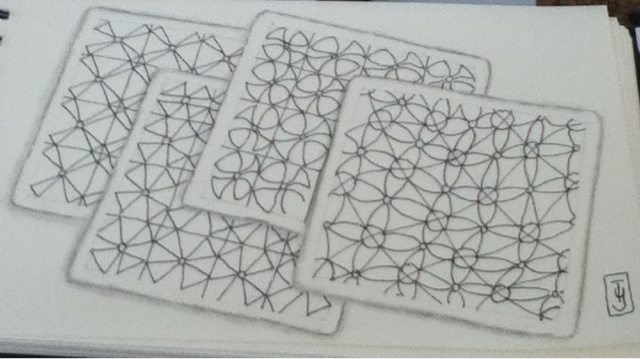 I wasn't sure about leaving it just the traditional black and white. It seemed to me to be very busy and the eye had a trouble seeing the different variations, so I decided to colour in the background on each tile and I think I prefer this one:- 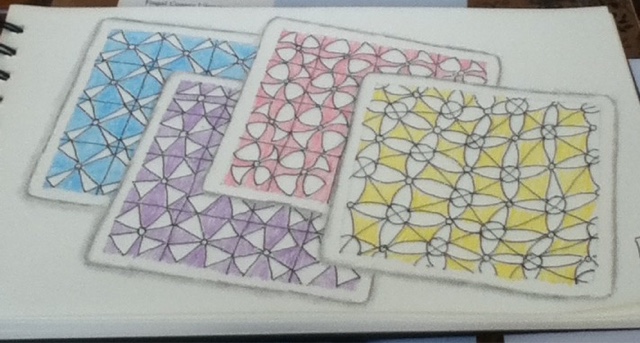 Posted by The Yorkshire Tortoise at 19:09