I am sorry to report that here in Ireland, and in the UK, we are all in mourning. Our most beloved broadcaster, Sir Terry Wogan, has died. It is impossible to explain in a few words, to those in other countries who may not have heard of him, what a marvellous man he was. He was a National Treasure and I have grown up with him on the radio throughout my life.

His warm charm and wit, which could be heard first thing every morning, just made you feel he was sat next to you chatting over a cup of tea. If you got stuck in a traffic jam at that time of the morning and looked around you it was immediately obvious who was listening to him in the other cars by the laughter on people's faces. He used to talk about everyday things such as some programme that had been on the night before, all the sorts of things you talk about with friends.

Three things that stand out for me, but were not everyday subjects, were Hissing Sid, The Janet and John stories and Silent Fireworks. All these things will mean nothing to anyone who has not listened to him.

I could go on forever and still not be able to explain why he was so beloved so I will just mention one more thing. Sir Terry Wogan, like a lot of celebrities, did a lot for charity. Sir Terry every year, right from the very first thought of it, hosted Children In Need. This raised an enormous amount of money and the cartoon character associated with it is Pudsey the Bear. Pudsey normally wears a colourful spotted bandage across his eye, but today Pudsey joins us all in mourning as you can see in the picture above.

So, on to happier subjects. HQ has released another tangle pattern, Molygon. I love it. I had already started playing with it before I read the Diva's Challenge and this is one I had already drawn,, I was just trying some of Maria's ideas. 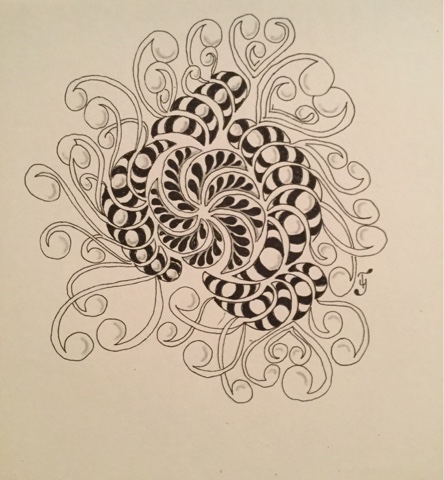 For the Diva's Challenge I did this one, I am sure I will be doing more of them this week. 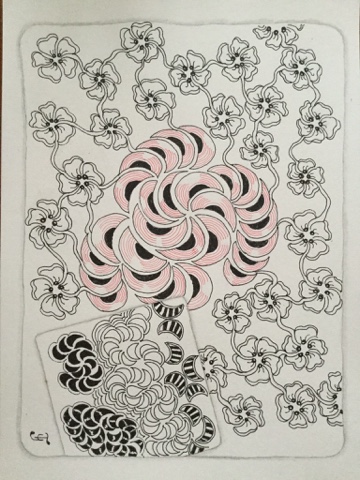 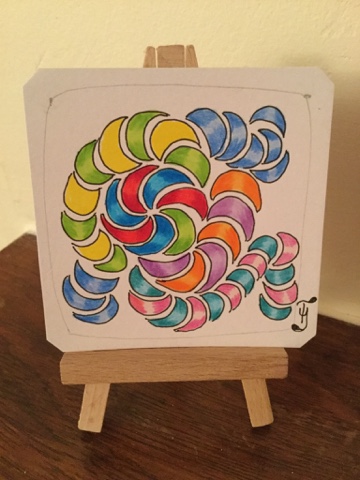 Posted by The Yorkshire Tortoise at 21:54