I have been experimenting with Diptychs, as suggested by Maria & Rick on the wonderful Kitchen Table Tangles Videos. At first I followed their instructions closely, although I changed the suggested Bales tangle to my own tangle Measles. Here is the result:- 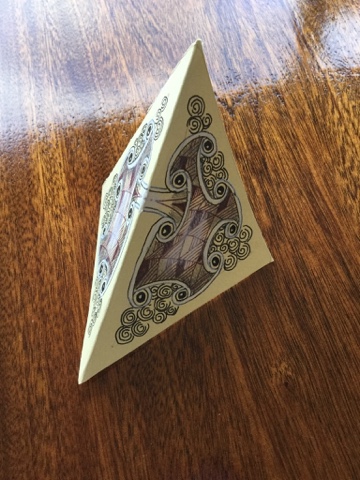 Then I wanted something a bit bigger and I remembered some diptychs Maria had made out of a Zendala tile a while ago and decided to try that. To begin with I folded the Zendala tile in half, then I followed the bottom over to eventually make a stand. You can see my folds here:- 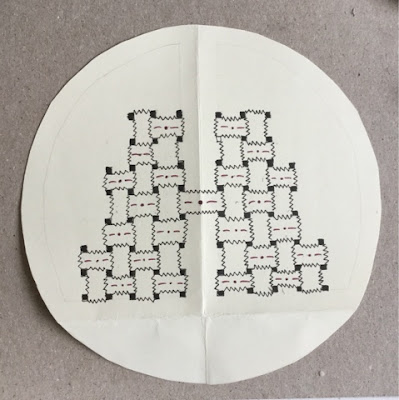 W2 doesn't get used so much these days since the advent of its Crazy cousin Huggins so I decided to use it on this Diptych. It would make a great hinge across the centre fold. I decided to make the lines on the W2 in a zig-zag fashion, just to make it a little different, it made it look as though it was shivering. Here is the finished result, I used Renaissance colours, using the normal Micron Brown pen for the Zenith, shading the V with a brown coloured pencil. You would never know it from the screen, it looks sort of Maroon/pink! 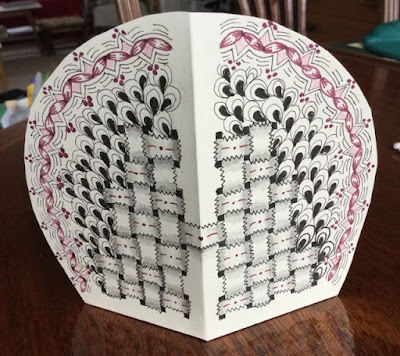 Posted by The Yorkshire Tortoise at 08:20