I hope all our Canadian friends had a great weekend and enjoyed Canada Day yesterday. I had marked it on the calendar so I knew we wouldn't see the challenge until today.

I keep trying to get some of my friends interested in the Zentangle® Method. This week I had some friends round and I talked them into trying it out. I had previously explained about the Zentangle® Method and shown them how we usually draw borders etc. However on this occasion I drew a string on some tiles and showed them how to fill them with Knightsbridge, Florz and Tidings. When everyone was finished we fitted them all together in an ensemble and then I surprised them by adding a Dragons head which I did before they came. I think they were quite impressed that they had made a Dragon out of such simple tiles, but sadly I don't think any of them were interested enough to do any more in the future:-( It is a shame because I would love to have a real live Zentangle friend. Oh well, at least I have all my world wide friends to talk to here. 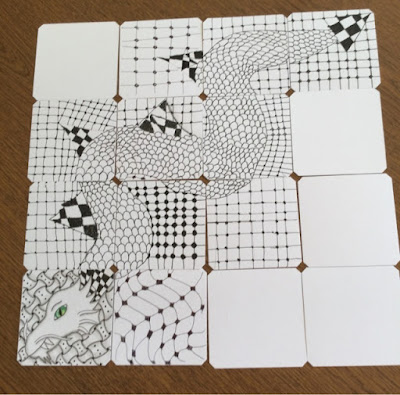 The Diva's Challenge this week is to use the new official tangle pattern Ellish. As The Diva mentioned some people have been using it on the Mosaic App for a few days now. Maria herself started it by posting a beautiful Ellish she had drawn. Then she started to 'alphabellish' as she called it. She posted an A-ish, then a Bee-ish. Now most people know me as YT so at this point I couldn't resist  jumping on the bandwagon and drew this YT-ish lol. 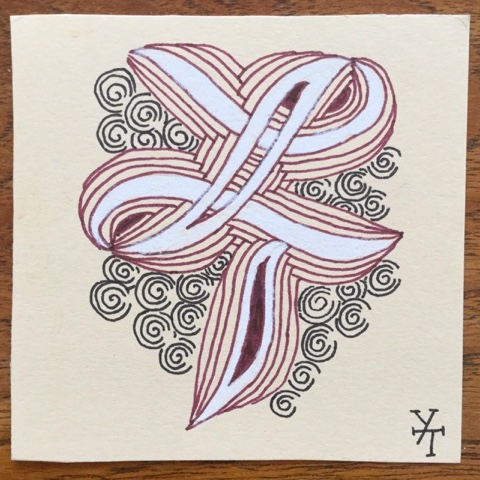 Anyway Maria has posted many more beautiful letters of the alphabet which she has drawn in an Ellish manner and I am sure she must have finished the whole alphabet at home by now. She invited everyone to join in by using the hashtag #alphabellish.

This is the Ellish I have drawn for the Diva's Challenge today:- 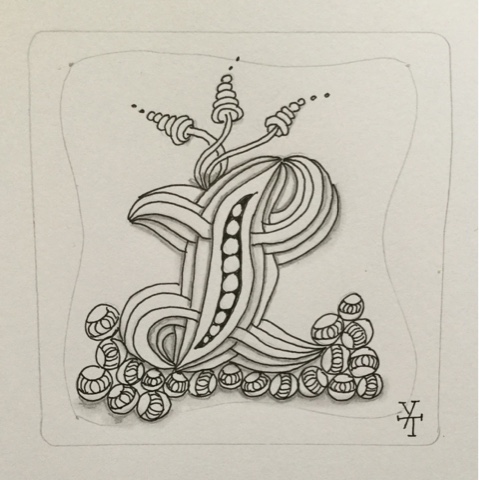 Posted by The Yorkshire Tortoise at 20:22