We have been away for a few days, staying with friends in Kerry, which is a county in the south-west of Ireland. It has been fabulous, the weather glorious and there was time to both relax and do some touring. We thought we lived in a rather picturesque fishing village on the east coast, but the views from their house are amazing! There is an almost 360 degree view around with about 180 degrees of it framed with mountains. Unfortunately photos of panaramas never come out well, but this is the view from one of their kitchen windows which will give you some idea:- 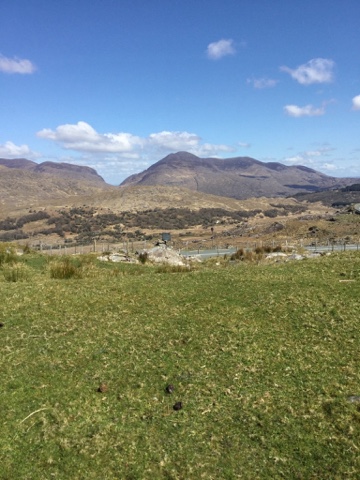 We drove all around the Dingle Peninsula, the Ring of Kerry and Killarney, which is the Lake District of Ireland and saw everything from the ancient Gallerus Oratory (6th century) 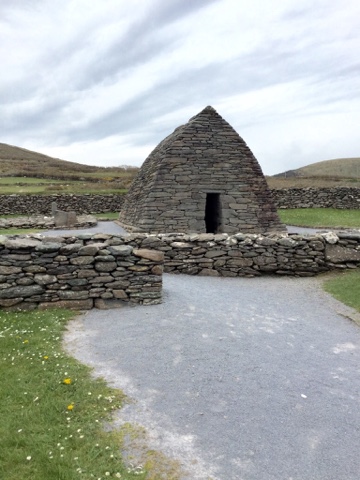 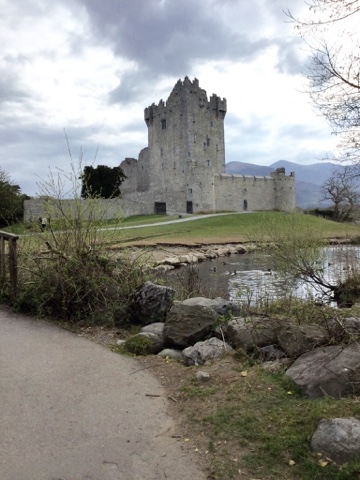 We also saw where they are making part of the new Star Wars movie, I was very excited even if it was in the distance. We tried to get closer but they were stopping everyone and not allowing photos. I did manage to get this from further away. They are midway between the Grecian urns, up on the very top of the hill. You can just about make out the metal road they have had to lay down the hillside if you click on the photo to enlarge it. Yes that is how mad I am about Sci-Fi, sad isn't it :-D 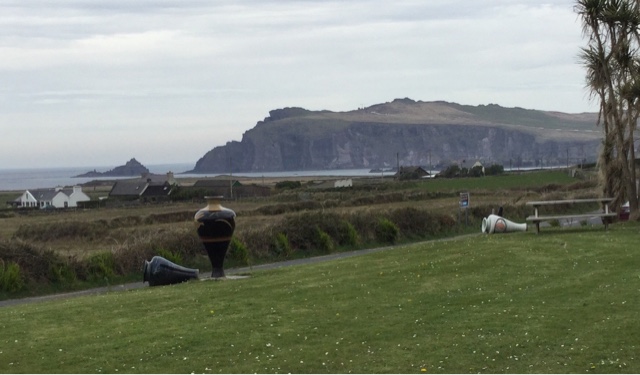 So here i am back at home, enjoying the east coast again and starting on this week's tangling challenges. The Diva has gone all stripey this week. I was a bit stuck about how I wanted to draw my tile and decided to try a small vertically striped square in the centre of diagonal stripes. I used Shattuck, Zander, Natti and Meer. This was the result:- 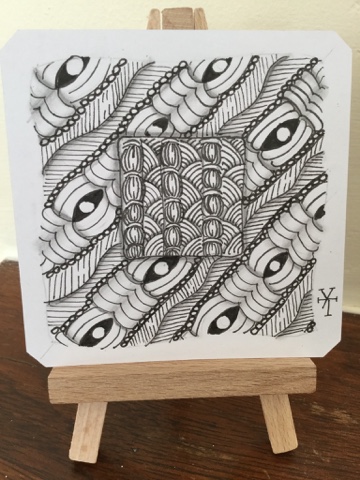 It wasn't quite what I had in mind so in order to jazz the subject up a bit I decided to draw one of those tangle folk wearing a stripey outfit, which made me feel a bit happier. lol. 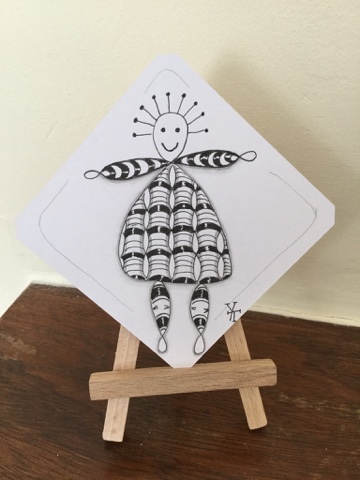 Posted by The Yorkshire Tortoise at 18:23