It is only the fifth day of April and already we have had more rain than in the whole of March, so when we woke up to sunshine today we decided to take a little trip out. Instead of walking along our own beach (known as a strand here) we took the scenic route to the beach three villages along.

The beach sweeps for about a mile and a half around the bay and looked stunning in the sunshine with the Wicklow Mountains as a backdrop. I took lots of photos to show you, but why oh why do panorama photos never come out as stunning as where they were taken ? It looks grey and wet when in fact the bright sun shining on the sand made it look golden and the mountains have disappeared into the clouds  :-( 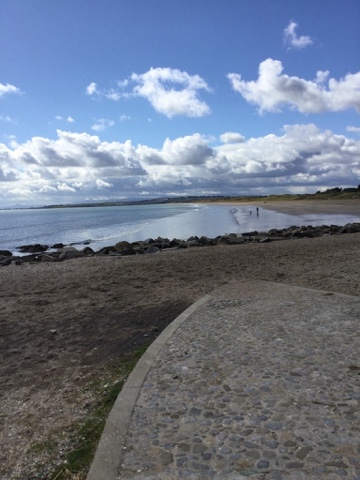 I do have this photo of the shimmering water as you look across the sea to the furthest of the islands, and the reason I am showing it to you is the tiny island right on the end. For some reason that little bit is known as Ireland's Eye! 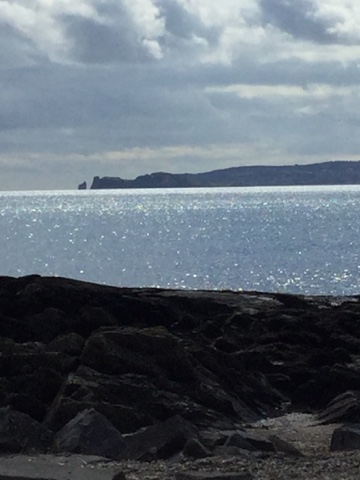 Then there is this photo of the golden sand, the way the waves and wind had blown the sand reminded me of the tangle pattern Tearce or even Nipa that we are to use today! 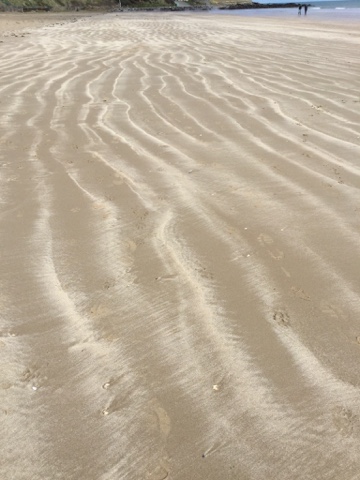 Each strand around here has a Martello Tower. They are coastal defence towers built at the time of the Napoleonic Wars. The are all built within sight of each other. Some are in better condition than others, and two or three in this area have been turned into homes. It really is wonderful to be able to walk along such quiet beaches. 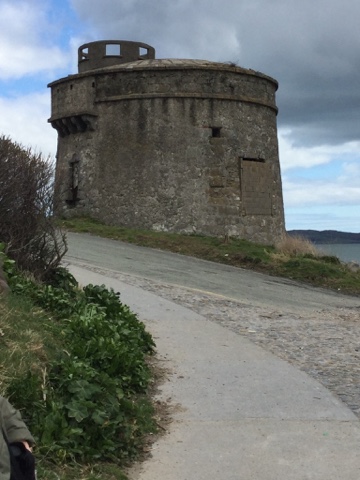 We had a lovely lunch at the local hotel, with glorious views of the islands just off shore, and I really felt like I had been on a mini break. After this we returned home and I turned my attention to Joey's Challenge and my trio of tiles for this week. This is the first tile I drew which included all four of the patterns Joey suggested, Gotcha, Queens Crown, Nipa and Sailz. I had been wanting to try out the new pattern Gotcha so I was pleased when I drew it and discovered I really enjoyed it. Nipa I have always liked and use a lot. The crown and Sailz I have used but not so much. 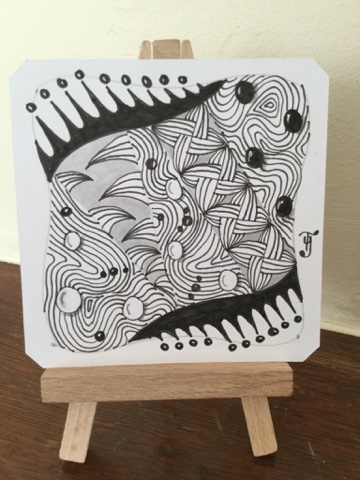 I decided that I had drawn the patterns in the most obvious places and so for this tile I tried to mix it up a bit more. 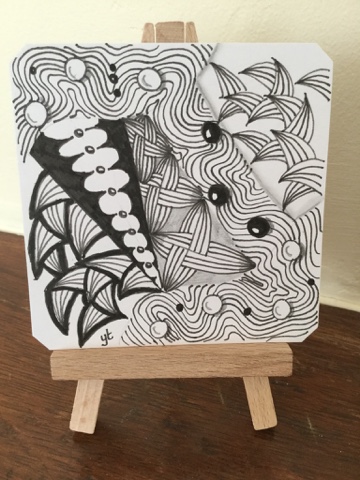 Lastly came my gold tile where I usually outline the Roman Numeral in gold. Of course the Queens Crown just begged to be done with the gold pen so first of all drew tha tangle all along the Vll. When I had finished I liked it so much by itself that I almost left it like this:- 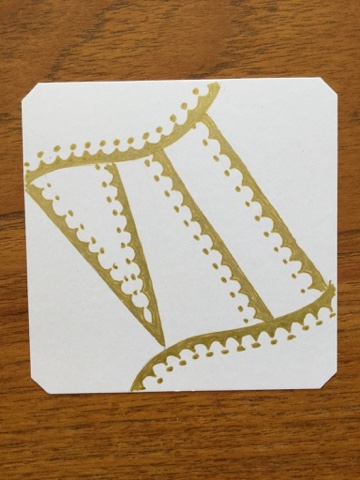 Joey had said that it would be great if we managed to fit in all four tangle patterns. Although I had already done that in the previous two I felt honour bound to continue with this gold one and this is how it turned out:- 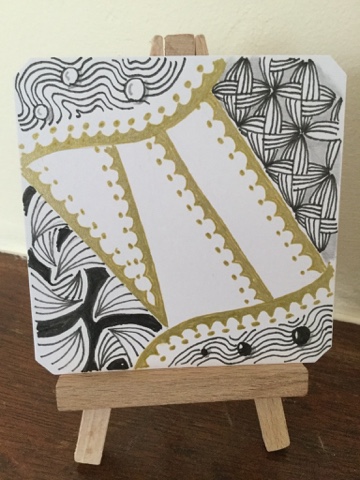 Posted by The Yorkshire Tortoise at 20:42