I am still really enjoying the new official Zentangle®App which I spoke about in my post yesterday. For anyone who can't find it in their App Store there are links posted there. It is so great that it has been officially announced and is available to everyone, not just the CZT's. I have seen several of you over there and look forward to coming across more of you and seeing your work. My mosaic name, in case you are looking for me, is Yorkshiretortoise - just the same as here but no gap in the middle.

One of  my favourite features is the ability to create your own folders (mosaics) to catalogue and store photos of all your art. You can make all photos and folders public or private, your choice. As soon as I have finished posting this I shall be going into the app. to create a folder just for The Diva's Challenge.

The challenge this week is to draw a Monotangle of Shattuck. I have created a 4 tile ensemble, my intention was to have different variations on each tile (8 variations in total), but I discovered that was a bit ambitious and I ran out of ideas, so I made opposing tiles the same instead. There was just one variation I wasn't sure about. I filled the main lines of the curvy Shattuck with small orbs. After I had done it I wondered if in fact this would be counted as Tipple and therefore make it a duo-tangle? Anyway it is done now, so it is a Monotangle with a row of Orbs as embellishment. *nodding* 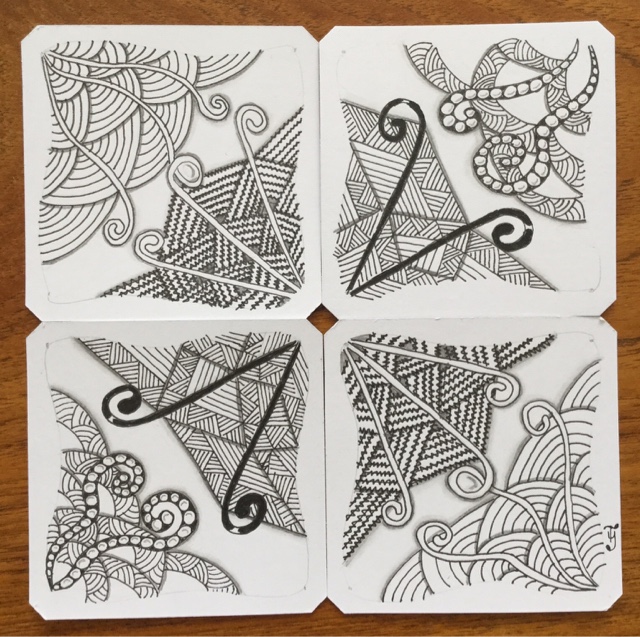 The string was a simple arc across the centre of the tiles and this has meant the tiles can be rearranged  to look totally different:- 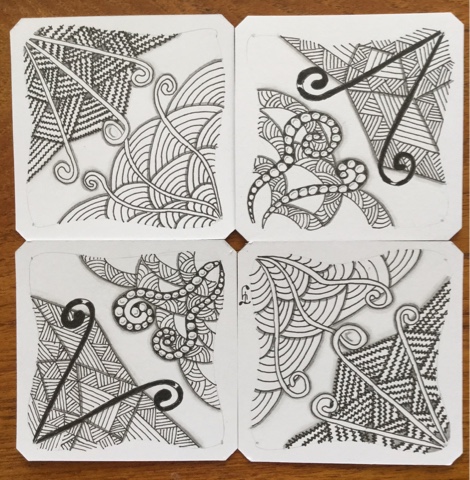 There was one last variation that I wanted to do but I was afraid to spoil what I had already done. I took the two photo's I have just shown you and then did a final tweek. This is what it looks like now, the change is on the upper right hand side. Which do you prefer, the clean lines before or the shiny black after? 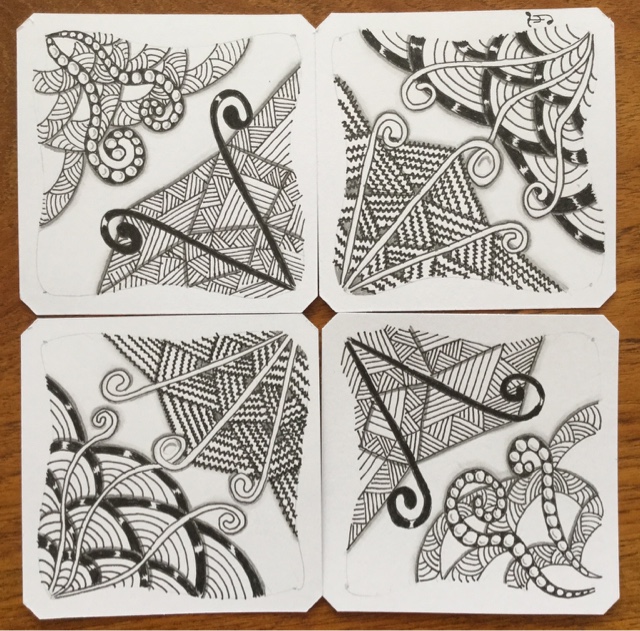 Posted by The Yorkshire Tortoise at 16:42