It seems that a trio of tiles is going to be my norm for Joey's Roman Numeral Challenge as I have done it again. I like to do a tile using the string exactly as Joey draws it, then I like to do one with the numeral outlined in gold and then a third just seems to appear from my pen:-D

My first tile was going to be exactly as Joey presented the challenge, but I was stricken with a bout of tangle dyslexia. I thought the first tangle pattern was Blooming Butter and it was only when I finished the tile that I read it again and realised it should have been Buttercup!

In the centre I used Quipple instead of Tipple. I am very unsure about the difference between a new tangle pattern and a variation. Quipple and Tipple are both official Zentangle® Tangles and yet, if asked, I would have said Quipple was a variation. Anyway here is my first tile:- 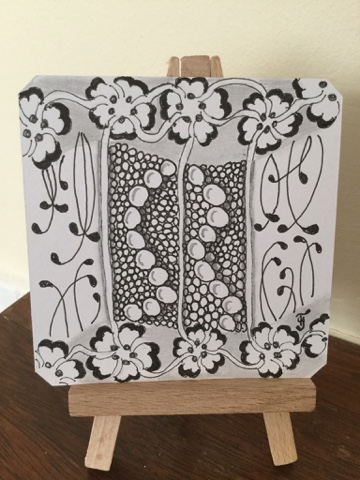 My second tile has the Roman Numerl lll outlined in gold and filled it with Tipple. I did the proper Buttercup tangle around the edges, although now I wish I had drawn it a bit smaller. 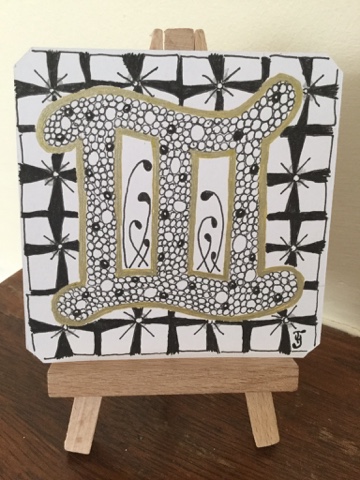 Lastly I did a Zendala especially for Joey as she is currently rather excited by Mandalas and has drawn two lovely Mandalas this last week which you can see if you scroll down her blog. 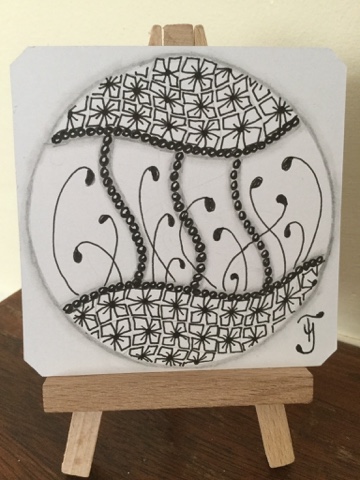 Posted by The Yorkshire Tortoise at 16:32